Artful Ink Studios is an international mecca for tattooists and tattoo enthusiasts.

Enter into a collaborative space that is raw, authentic, honest and free of judgement. Filled with art and good energy.

The Artful Ink empire began with a single, small tattoo studio, to grow into the global operation it is today. With four boutique tattoo studios across the Southern Hemisphere, and more locations currently in development, Artful Ink are committed to delivering high quality tattoos, building great teams, maintaining excellent customer service, and forging a company culture of resilience. Founded in 1999 by two tattoo artists, Agung Irianto & Paul Martino, Artful Ink Perth is the original studio location – the birthplace of the Artful Ink legend. The studio became quickly known for its trail-blazing ideas in a niche industry, fostering these innovations through apprenticeships, and bold business choices. Artful Ink’s encouragement of female tattoo artists and apprentices, booking of international guest artists, and cultivation of a skill-sharing network throughout their staff, all set them ahead of the pack. These practises are continued across the Artful Ink brand today, as well as industry-leading use of digital systems throughout the studios.

In 2004, after five years of developing the Perth studio, Artful Ink Margaret River was born out of Paul’s love for the South West region. 2010 saw Artful Ink’s international studio debut, with Paul opening in Gjovik, Norway. After four successful years, Artful Ink Gjovik shut its doors to allow the team to focus on opening a second international location. This time the studio would be closer to home, in Indonesia. Here Kiara joined the company, taking the helm of Artful Ink Bali and driving the studio from strength to strength. By 2018, Kiara had shown herself to be skilled at growing and adapting business in a now fast paced and changing industry, while continuing to uphold the Artful Ink ethos. She then stepped up to manage Artful Ink Perth and Margaret River hands-on, and the studios flourished under her guidance. In May 2021 Paul & Kiara opened Artful Ink’s newest studio, in the prime location of thriving central Beaufort St, Mount Lawley.

Having clocked up over 20 years in the industry so far, creating a huge buzz with every signature Flash Day, producing their own aftercare line, and with plans for more expansion in the works, Artful Ink Studios is evidently a company adept at persevering, evolving, adapting, and innovating. With this track record of accomplishment, and an incredible team behind the brand keeping a warm, accepting vibe in every studio, there will be huge things ahead for Artful Ink. Watch this space!

Paul is the original mastermind behind the Artful Ink empire. Intelligent, witty, and charismatic: a born leader, and a natural businessperson. From its humble beginnings as a tiny studio in 1999, through to four studio locations today, Paul has shaped Artful Ink every step of the way. His vision for the company was launched with ground-breaking industry changes at the time, including encouraging female tattoo artists in a traditionally male-dominated industry, and opening up to international tattoo artists for guest spots into Indonesia. These are proudly part of the ethos still upheld by Artful Ink today.

After completing his tattoo apprenticeship under Master Agung Irianto, Paul continued to earn his stripes as a tattoo artist while also managing the studio. As the business grew, the inevitable time came for Paul to lay down his machines and focus on management. With a solid 8 years of the craft under his belt, and having nurtured many apprentices of his own, Paul aimed his insightful vision towards cultivating the flourishing company. He successfully spearheaded Artful Ink’s expansion to Margaret River, then internationally into Norway, Indonesia, and most recently locally into Mount Lawley.

When he’s not taking care of Artful Ink business, Paul can be found on the back of his motorcycle, training Muay Thai and boxing, or sailing the seven seas.

Book via online form
Back
Australia 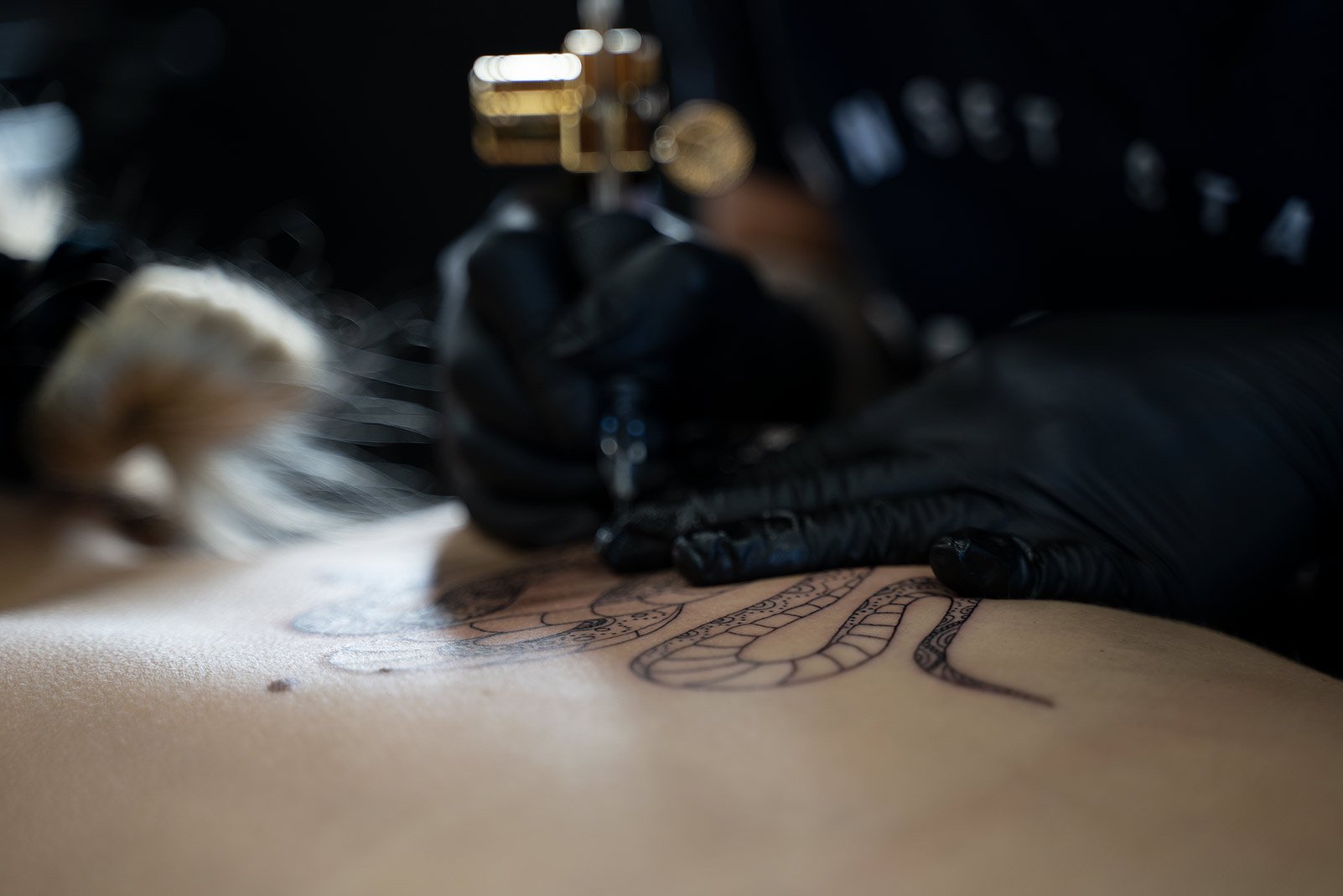 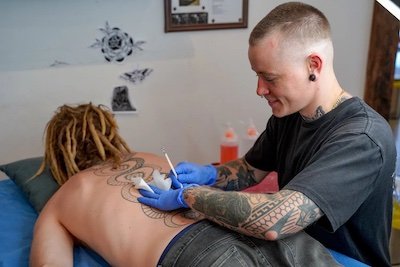 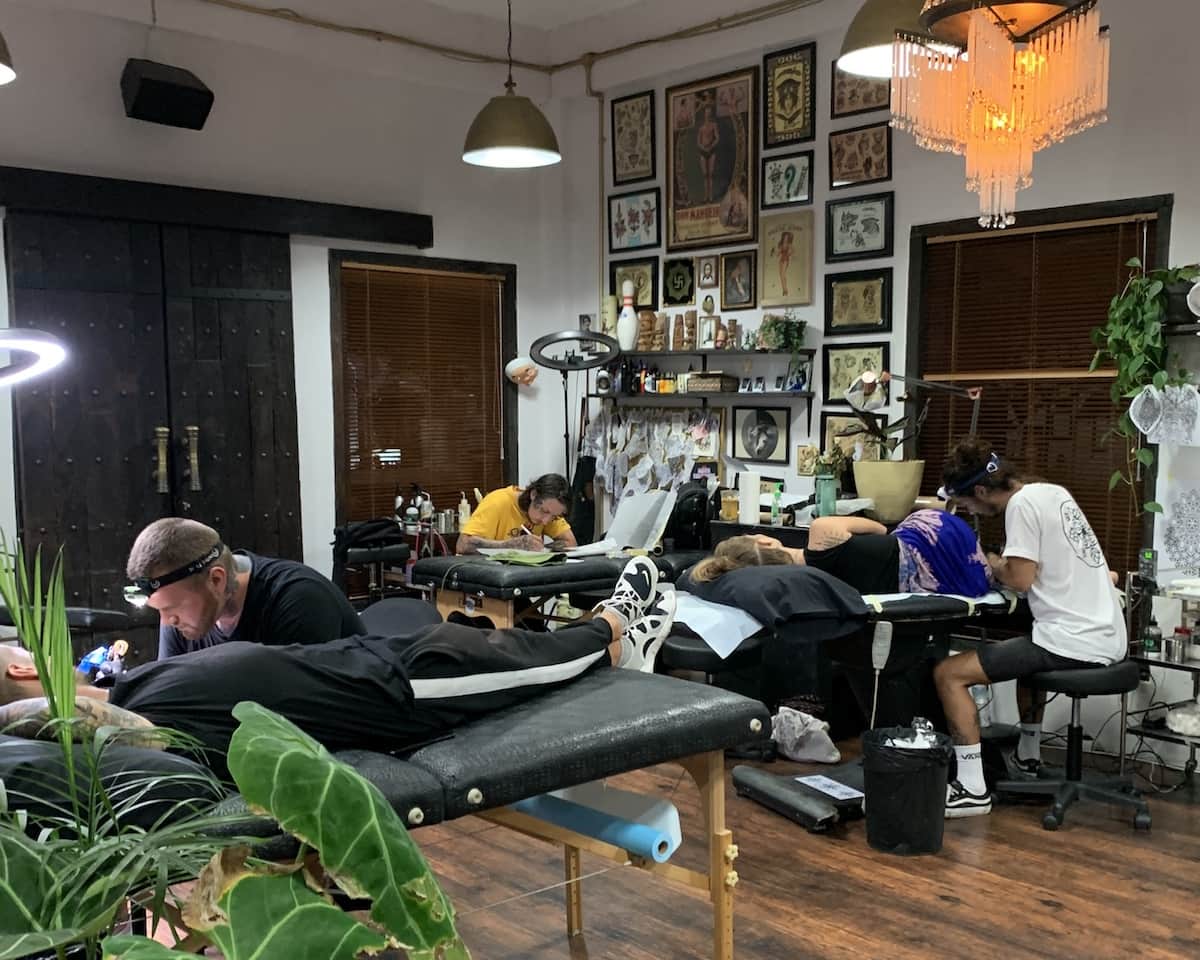